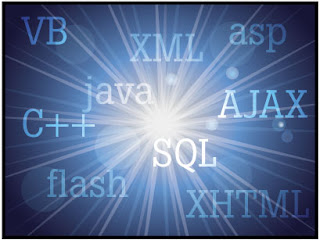 So many languages, which one should you choose?


Like many other technology items, programming languages and their popularity can ebb and flow. Last year's "must-learn" language has been replaced by something new this year. If you're just getting started with programming, this can be a confusing issue. How do you decide which language (or languages) to learn? There's a good chance that your school's computer science department has already done some research on this topic and spoken with various employers to get an idea of which programming languages are in demand in your area, and tailored their programming courses accordingly.
But, if you're looking to broaden your experience and expand the number of programming languages you "speak", the TIOBE Index can be a good spot to start. The index is updated monthly. Not only does it show the top languages, it shows what position that language was in last year, so you can easily see which languages are in steady demand and which may be becoming more popular. In this month's index, the top 5 languages were also on top last year. Of course, there are many other sites that list their predictions for the next top language. It's important to remember that the best programming language can vary depending upon the project your are working on. Ideally, you should become proficient in a base language, such as Java or C, and then expand your programming skills with one or more languages as needed.
Supporting Web Links
Discussion Questions/Activities

Here's a good way to get your feet wet. There are lots of tools that allow you to create your own website, but creating a site and having it go live so it can be viewed on the web are two separate things. In some cases, uploading your site to a web hosting company is a good option. But, selecting a web hosting company has its own drawbacks. Free hosting companies can be hard to find, may be unreliable, and are often full of unwanted and distracting advertisements. Stepping up to a paid service can come with a higher price tag, especially if the site you want to create isn't destined to be a professional or commercial site. So, how can you easily and affordably host your own site? In this article from Make Use Of, Joel Lee discusses the pros and cons of using your own cloud storage site to host a simple, static website. Lee explains how to use a service like DropPages or DriveToWeb to host a site on Dropbox, Google Drive, or One Drive. Lee advises that this is not the rig
Keep reading