Showing posts from March, 2018
Show all

A guide to creating professional-looking documents. Microsoft Word has been around for more than 30 years, so you can be forgiven for thinking you know everything there is to know about this software application. Word is arguably Microsoft's most well-known and most used application and every edition contains new features. Learning and using them all is probably not something many people will bother to do. However, you don't need to master every feature in Microsoft Word in order to create useful, polished documents. In this MakeUseOf article, Joel Lee talks about the importance of good design. He sets out 10 simple design rules and explains the importance of each one. Following these rules can help make your reports, letters, and resumes look better and be more user-friendly too. Supporting Web Links Windows 10 Tip: How to use LinkedIn and Microsoft Word to help you write your resume How to Use the LinkedIn Resume Assistant in Microsoft Word Word help center Video:
Post a Comment
Keep reading 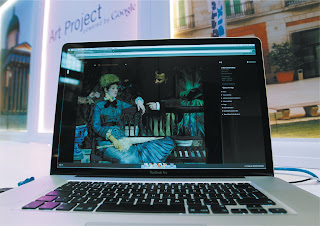 Google has an entire division dedicated to helping you get creative. Did you know that Google has an Arts and Culture division? Recently, social media was buzzing with side-by-side images of people and their lookalike twin from classic art. The software enabling these comparisons was from Google's Arts and Culture division. While not every comparison was on the mark, it still made for some interesting viewing. Mark Austin of Digital Trends reports on this app and some of the other creative and cultural apps that Google is experimenting with. Google has partnered with 1,600 museums to make their collections available to the world. Supporting Web Links Arts & Culture Experiment Google Arts & Culture Video: Find your doppelgänger from art history with Google’s Arts and Culture app What We Can Learn From The Unlikely Success Of Google's Arts & Culture App Buying Art Doesn’t Have to Be Intimidating: Yes, There’s an App Best painting software for artists:
1 comment
Keep reading

Reflections of an Internet Pioneer 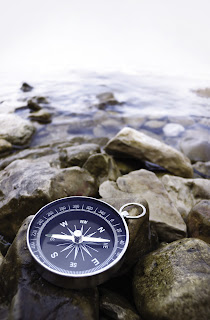 Looking back at the Internet's origins. Vint Cerf is often referred to as the "Father of the Internet." In this article from NPR, Laura Sydell documents those early days with Vint Cerf and then compares them to the creative vision of a science fiction writer, William Gibson. Interspersed with Sydell's article are links to various bits of audio with these gentlemen and others as they discuss their recollections of those earlier times and share their thoughts about the way the Internet is used today. Supporting Web Links Radia Perlman: Stabilizing Networks through a Winding Career 7 Black Computer Tech Pioneers You Should Know John Perry Barlow, Internet Pioneer, 1947-2018 Video: The Secret History of The ENIAC Women | Kathy Kleiman | TEDxBeaconStreet Chasing Grace Project highlights women in technology Internet Hall of Fame How Claire Evans Is Writing Women Back Into The Internet Internet History 1962 to 1992 Discussion Questions/Activities Discuss
Post a Comment
Keep reading 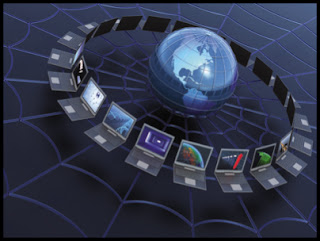 Iceland faces growing concerns. Many countries have their own native language while also having one or more secondary languages. Being bilingual or even multi-lingual is common in many countries, with one language, often the "mother tongue" being used at home and another language being used for business or education. With the Internet making global communication even easier, English has become the dominant language for many countries. In this article from The Guardian , Jon Henley discusses the growing concern Iceland has over their increasing use of English . Icelandic is a rich and complex language dating back hundreds of years. It is the majority language in the country, but in the digital world it is virtually non-existent. Spoken by roughly 340,000 people, Icelandic is barely a blip in the world of computers, where the majority language is English. Referred to as digital minoritisation, Icelanders fear their language will become digitally extinct. And, if that happ
Post a Comment
Keep reading
More posts